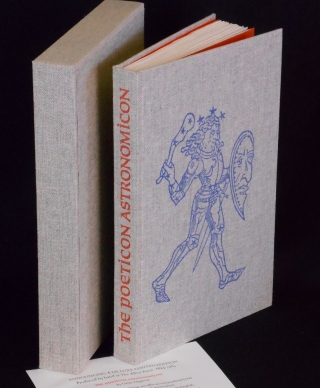 Swan’s Fine Books has been fortunate to acquire recently a small collection of books published by the inimitable Allen Press. Herewith a few thoughts on the Press by our redoubtable cataloguer, Cassie Dowd.

A fine press book should be simple. Its overall composition building heartily on the history of the text through hand-craftsmanship and artistic collaboration. The pages should turn with a crisp whisper, a soft instrument in the hand of the reader. If illustrations not original to the text are present, they should build on it seamlessly, abiding it in time. When done expertly the printer remains undetectable, an invisible hand offering up a slice of his or her own heart, though that concealed craftsman may also have a tale to tell. One such tale is the story of The Allen Press, spanning fifty years, which began, like many great stories in history, with a fourteen-year- old boy enchanted by a marvelous machine.

Lewis Allen (1908-1998) was perhaps fated for the publishing business. His father worked in the newspaper business in San Francisco, and donated a Gordon-jobber to young Allen after it became obsolete in the rapidly changing business of commercial printing. Those early years were spent pursuing an income printing invoices, sale-slips and stationary for local merchants. He also hand-set, printed and distributed a neighborhood newspaper. After jamming his fingers in the press, Allen was slightly put-off from motor-driven presses, and when eventually college beckoned, the smell of printing ink would prove to be no less alluring.

While studying at the University of California, Berkeley, Allen oversaw the publishing and printing of the University daily and monthly literary magazine; later he would publish the San Francisco Junior Chamber of Commerce monthly and The Book Club of California’s News-Letter. Most important in the story of a life dedicated to hand-press printing was Allen’s marriage to Dorothy Caswell (1908-2006), whom he met during his junior year at Berkeley. Their romance breathed another layer of passion and creative inspiration to the work of the press to which they would eventually dedicate their lives.

Like many successful printers before them, the Allens were inspired by looking at books, originally those kept in Lewis’s father’s library of around 4000 titles. They were especially drawn to well printed works like those from Aldus to William Morris, Nash, Rogers and the Grabhorns. In 1939 they had a son and moved to a larger home; here they could take advantage of the bench model Pilot press offered to them by Harris Stearns Allen (Lewis’s father), who also wrote their first limited edition, The Trail of Beauty. It was about this time they set out to establish a standard for both “the ideal press book” and the selection of texts.

The Allens agreed upon virtues for their publications gradually coalesced throughout their career. They built on a harmonious ideal composed of eight parts: a significant text, collaboration with an artist that will interpret but never dominate the text, balanced typography, exemplary hand-craftsmanship, high quality materials, pertinent use of color, durable binding, and the last being the combination of all the former to produce a fine, subtle, restrained but visibly robust bridge between author and reader. The text itself was chosen for several specific qualities: shorter lengths, limited publication history, notoriety of the author, and the work being prose over verse.

Artists were another obstacle, and during the fifty years the press was in business, only nineteen editions were illustrated by “artists of stature”. Among those names were Durer, Picasso, Arp, Tanguy, Leger, Hughes-Stanton, Mallete Dean, Michele Forgeois, Joseph Low, Paolo Carosone, and Canaletto. Lewis or Dorothy often embellished the other books themselves or used decorations from antiquarian books.

Complementing the illustrations provided by the artists was, of course, the art form of hand-set and hand-printed type, for which the Allens had a passion. Hand-craftsmanship is after all the raison d’être of The Allen Press, and their legacy; their passion for this art form ran so deep that Lewis Allen wrote and published Printing with the Handpress in 1969. He believed that the book “at its highest achievement must always be a work of art” a feat only achievable with the hand, and dampened hand-made paper. The punching of evenly inked type onto dampened paper raised printing from a two to a three-dimensional medium. The highlight created around the recessed letters, often referred to as a “halo” gave the pages a glister of life that machine printed pages could never achieve. The handpress also made it possible to print two or three colors in one impression, which was efficient for printers that so highly valued colour in the compositions.

The Allen Press is one of very few in the world that produced handmade books regularly and engaged in it as a full-time job. Unlike many small presses, they often completed all the pieces of book production in house: selecting the text, designing the compositions, hand-setting type, printing on dampened hand- or mould-made paper on a handpress, binding, often the publishing, and sometimes even the illustrating. The fifty years’ work of The Allen Press was accomplished by a husband and wife team, and the pleasures of those intricate particulars are cited often in their bibliographies. They printed in five different Bay Area locations, and also on sojourns in France. What we are left with is a small library of volumes, with brightly colored spines twinkling like nearby stars on the shelves. One can only imagine Lewis Allen hunched over a newly pulled leaf of wet type, with Dorothy seated nearby, brush in hand, lovingly hand-painting the ornaments in The Knight Paris. Or the pair traversing France for Mme Goll’s precious woodblocks, used in Four Poems of the Occult. The work could only have been completed with full hearts, and we would expect nothing less from those invisible heroes: printers, at The Allen Press.

Allen, Lewis M., and Dorothy Allen. The Allen Press Bibliography: a Facsimile with Original Leaves and Additions to Date, Including a Checklist of Ephemera. Book Club of California, 1985.